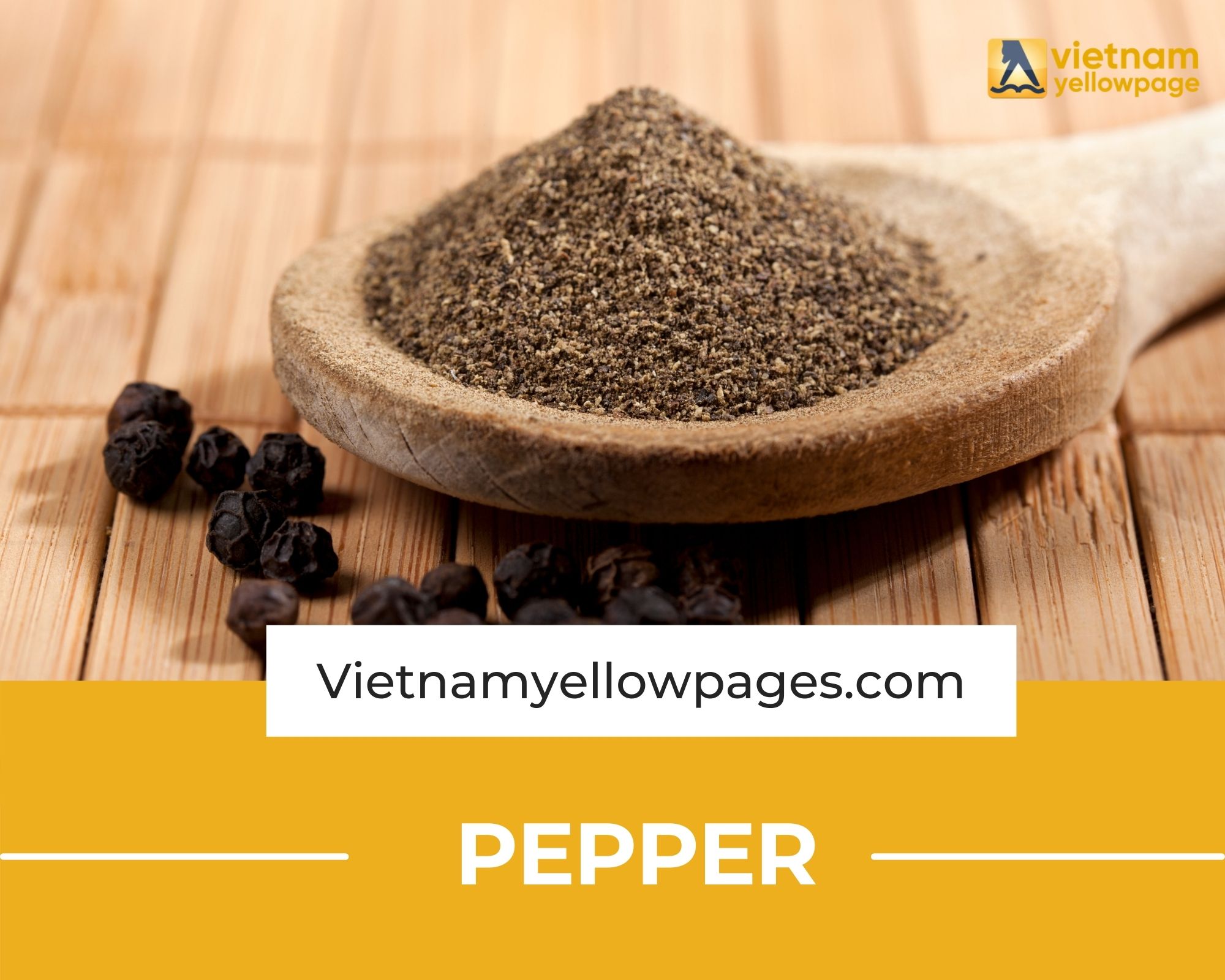 Making about 55% of production and 60% of global trade share, pepper is a Vietnamese agricultural product that has the capacity of leading the global market at the present.

Pepper is a familiar spice used in your daily dishes, isn’t it? So, have you ever wondered how many types of pepper there are in Vietnam? And how are different varieties of pepper classified and how to distinguish them properly? Let’s keep rolling!

In the current Vietnamese cooking spice dictionary, the 5 most common types of pepper are black pepper, white pepper, pink pepper (red pepper), green pepper, and Mac Khen (Vietnamese mountainous pepper). Do you know them? So, what are the differences between them?

Black pepper is a popular pepper. It is widely used as the most common ingredient in the Vietnamese kitchen. To get this type of pepper, the farmer needs to harvest as soon as the pepper has not turned into red or yellow color, which means the pepper is still green.

Young pepper tends to be very crispy, and easily break into small pieces when exposed to the sun, while others will harden and turn black, and this is how we get black pepper.

Black pepper is spicy but not much with a relatively light aroma, it is used to increase the spicy taste of a dish. In many cases, black pepper is used as a medicine, a treatment to cure health problems, such as coughs, sore throats, and colds.

Black pepper is said to be a traditional medicine in Vietnam, which prevents breast cancer, aids in weight loss, and fights colds. Black pepper is also used to treat stomach problems, such as indigestion, flatulence, constipation. Moreover, it also provides women with the effect of smooth, rosy skin, and dandruff reduction.

White pepper is also called Tieu So, or Ho Tieu So. To get white peppers, farmers will harvest peppers when they have fully ripe in the deep red color. After that, pepper skins will be removed. However, with the increasing current demands of the markets, white pepper is mainly skin-removed black pepper.

This type of pepper has a warm-white or grey-white color with fewer wrinkles and fragrant, as its skin was peeled and the spicy oil was removed before. However, it tastes even spicier since it was too ripe.

White pepper is usually used to increase the smell of a luxurious dish without losing its aesthetics, colors, and flavors due to the black skin. In Eastern foods using milk and cream as the background flavor, the chef will love to use the white peppercorn or the grounded one to neutralize the milk cream.

Green peppercorns are under ripe peppers. They are harvested in clusters when they are green. Usually, farmers will pick a cluster of soft and young peppercorns. Green peppercorns have a slightly spicy taste and a modest aroma. You can eat and chew a whole peppercorn easily.

Green peppercorns are used in various stews to increase the smell. Also, because peppers are hot and spicy, they are used to eliminate the smell of certain ingredients in many dishes, such as stewed beef, stewed stomachs, etc.

Moreover, green peppercorns have the effect of treating colds, warming the body, boosting the immunity of the digestive system, as well as providing extra antioxidants for the body.

Pink peppercorn or red peppercorn is a type of small shrub. It is scientifically named Schinus terebinthifolius. In Vietnam, it is called Tieu Hong (Pink Pepper). However, it doesn’t belong to the Piperaceae, and it is not even a pepper. It is called Pink Pepper due to its pungent flavors like other peppers and its dark pink or red skin.

Speaking of the pungent flavor and the aroma, pink pepper is not as good as other peppers in Vietnam. Still, it has a pretty color and is hard to grow, that’s why its price is quite high. Pink pepper is usually used to decor dishes, especially Western dishes.

Pink pepper carries a lot of benefits when it comes to medicine: it helps with diuretics, laxatives, symptomatic treatments of flu, cold, cough, or bronchitis.

Pink pepper has anti-inflammatory properties. It is used to treat gynecological diseases, such as chronic vaginitis or menstrual disorders. Yet, it is important to keep in mind that pink pepper is not allowed to be used for pregnant women.

Mac Khen is a popular characteristic spice of Northwest Vietnam. It is a medium-high wood tree, its flowers grow in clusters of gray-white color. Mac Khen’s blooming season is from June – July, and the pepper fruit will ripe during October – November.

The pepper fruit is round. It turns into black color once it’s ripe. Mac Khen is actually the pepper’s skin. It has a spicy flavor and good scent. Mac Khen is usually used as a traditional spice of the ethnic groups in the Northwest of Vietnam, especially the Thai ethnicity.

Mac Khen – the soul of Northwest Vietnam cuisines. Mac Khen is used in almost every dish of the Thai ethnicity in Northwest Vietnam. It has a pungent flavor and smells much more appetizing than other peppers. No one can forget the numb feelings at the tip of the tongue when they first try Mac Khen.